After made the Tour all over Europe (Bike Shed, Wheel and waves, Garmish BMW Motordays and Berlin) the Silver Bullet return home in a very bad conditions  because nobody take cares of the bike while the tour.

The bike was full of humidity  (because the rain) , full of rust everywhere, the wood solo seat was damaged, even the inside of the carburators and engine head was ruined by the humidity.

So we decide to give Silver a second life, makig a new bodywork design more racer , more XTR …more Pepo.

For this I had the help of young italian designer ALBERTO CAIMI  that with the ideas and starting points  (keeping the original alluminium fairing) I give to him , design and modell an splendid fuel tank and solo seat  really in the XTR philosophy !! 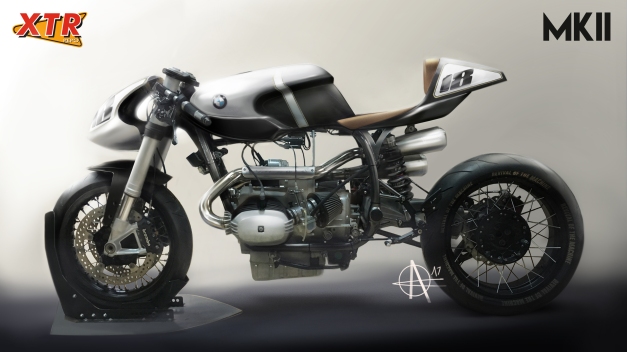 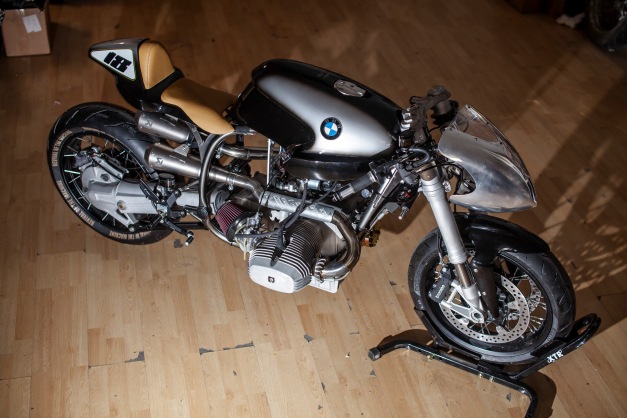 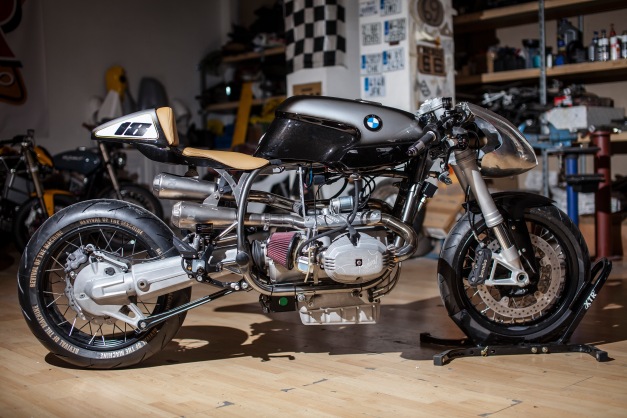 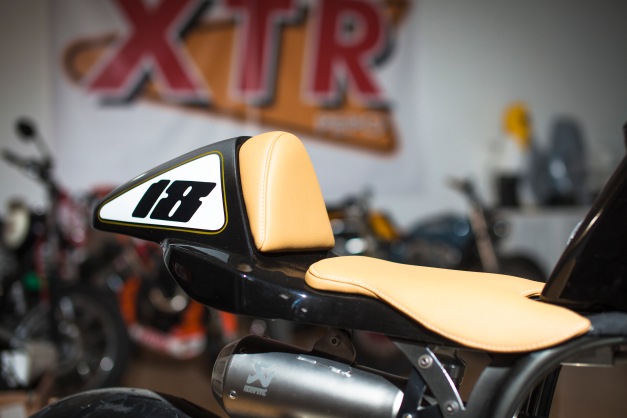 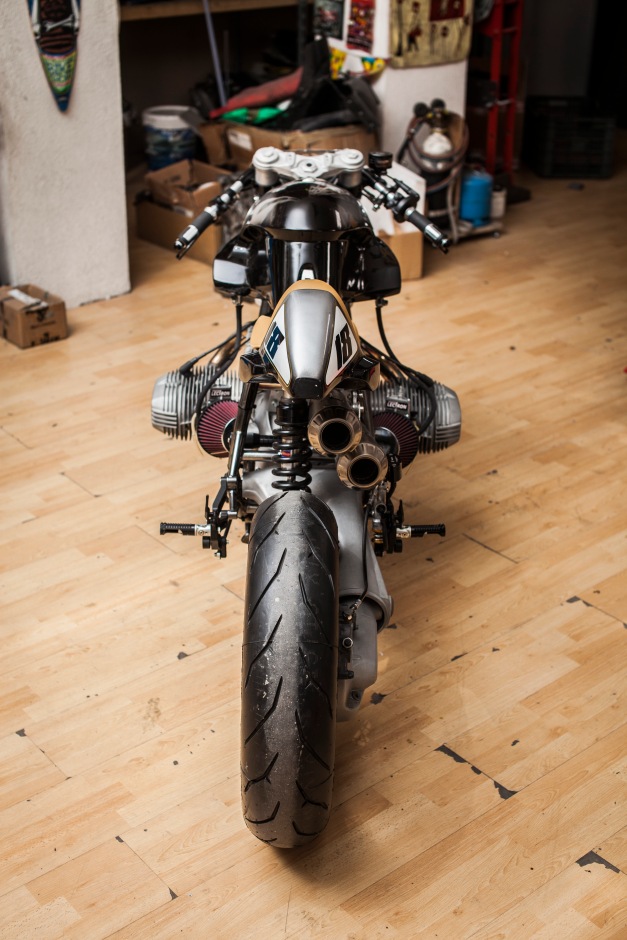 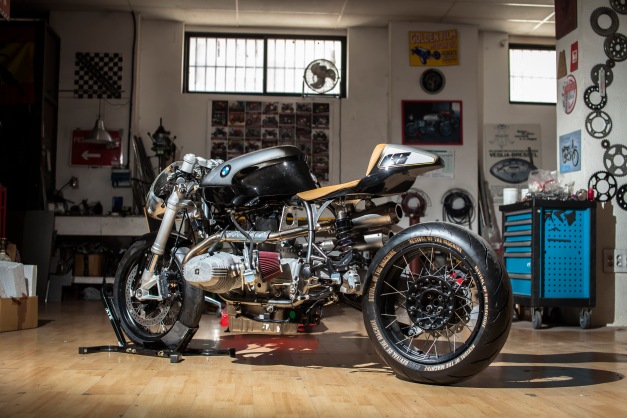 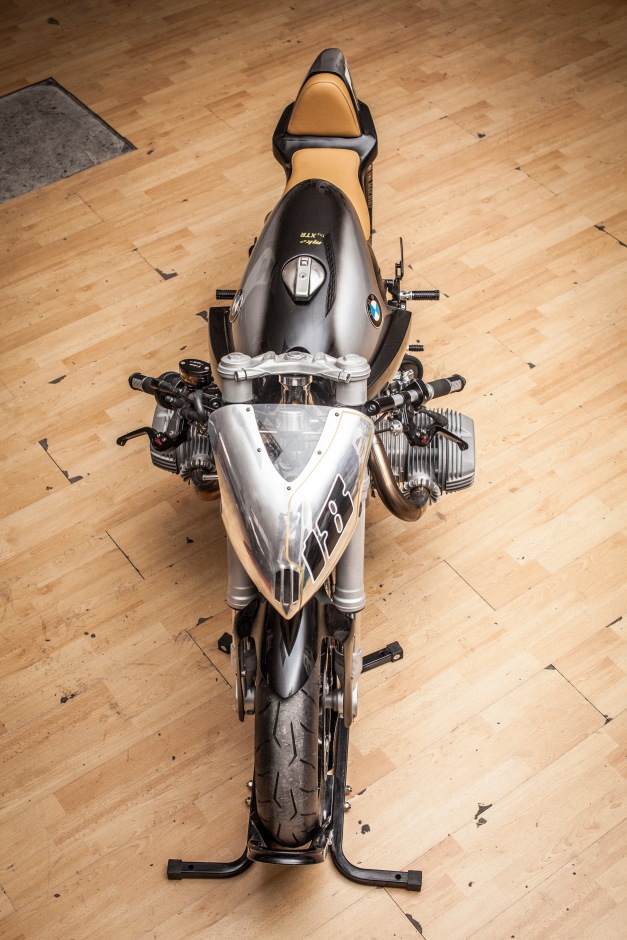